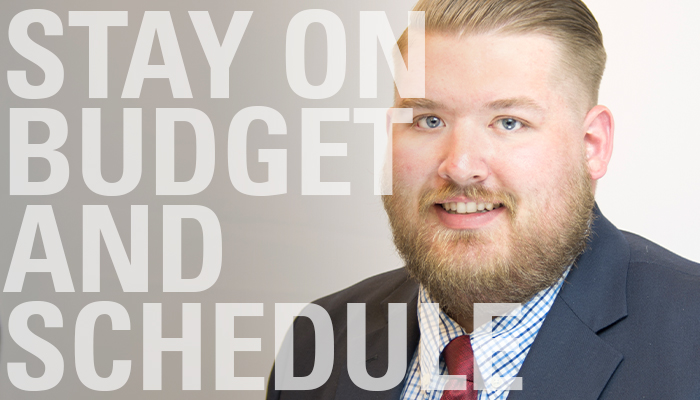 Including a Commissioning Authority (CxA) as early as possible in the project process is crucial. Below I discuss six reasons why:

1. Maintaining the Owner's Project Requirements
Most large projects start with the Owner’s Project Requirements (OPR). This document establishes the requirements of the design ahead of choosing a project team. As the CxA, one of our main goals is to verify the requirements are being met during the design and construction phases. The later a CxA is added to the project the less effective we can be at tracking or implementing the OPR document. Close adherence to the OPR leads to overall improved client satisfaction not only for the CxA's scope but for other project team members scope as well.

2. Design Review and Improved Project Collaboration
Collaboration between the design team and the CxA can be incredibly beneficial for many reasons. A third party brings new perspective and design strategies to the table. Early commissioning involvement leads to a better understanding of the design and allows for increased effectiveness in applying constructability and functionality in the field. Heavy collaboration between the commissioning team and contractors later in the process provides the construction team a better idea of what is expected from them in terms of support early on. This helps prevent change orders and keeps the project on budget and on schedule.

4. Effective Functional Performance Testing
Typically, when the commissioning team is added to a project late in the process, the functional performance test script process can suffer in efficiency as well as quality. Test scripts are created using design documentation such as submittals, design drawings and sequences of operation. These scripts are then sent to the project team for review.

Without early involvement, script reviews normally do not garner the proper attention from the design team and MEP contractors or their manufacturer's representatives because these players are demobilizing due to commissioning occurring very close to project closeout.

The CxA’s input in the design can be vital due to their experience in applying equipment sequences of operation in the field. If the design and subsequent testing plan is collaborated between teams it can lead to better results during the testing phase of the project.

5. Maintaining the Construction Schedule
As mentioned in the previous section, effective and accurate test scripts can lead to fewer questions and issues in the field. Commissioning is typically the last phase of a project and directly affects the owner's ability to receive the certificate of occupancy.

If the CxA is introduced early in the process the testing scripts (with input from an engaged design and construction team) usually yield much more positive results. With fewer issues arising during the testing process, less time needs to be spent fixing them in the field. Fixing issues in the field may require return trips for supporting parties which causes schedule delays and extensions.

6. Final Project Report Delivery
The commissioning final report is essentially the culmination of the entire project. It contains the majority of the important documentation the operations and maintenance team will reference during day-to-day operations. With the CxA engaged early on, this documentation can be properly collected and curated to create systems manuals, training manuals and operations and maintenance manuals. Having these manuals ready to turn over the moment the project has concluded fosters a more positive relationship with owners and can lead to more opportunities in the future.

Want to learn more about the benefits of adding a CxA to your team early in the project process? Reach out to Matthew.