ESD/IA Team Toots Its Own Horn With Rhino Creation 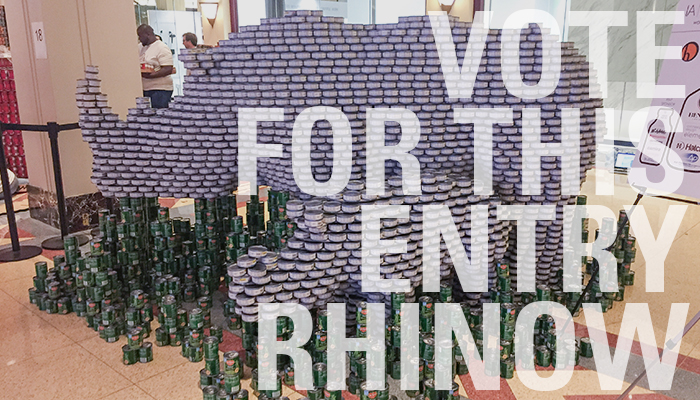 Talk about leading a charge.

The ESD/IA Canstruction team, composed of more than a dozen volunteers, created the Cansculpture “Stomp Out Hunger, RHINOW” during the Canstruction Chicago event benefiting the Greater Chicago Food Depository. A large rhino and a baby rhino were developed from food cans. To vote for ESD’s entry, please click here. The winners of the People’s Choice Awards will be announced Thursday, Aug. 23.

Canstruction structures are housed in the first floor of the Merchandise Mart and are on display to the public as a giant art exhibition. In 2017, Canstruction Chicago collected more than 120,000 pounds of non-perishable items for the Food Depository’s network. ESD created a bowl of ice cream out of cans last year.