How Important Are Company Values and Culture? 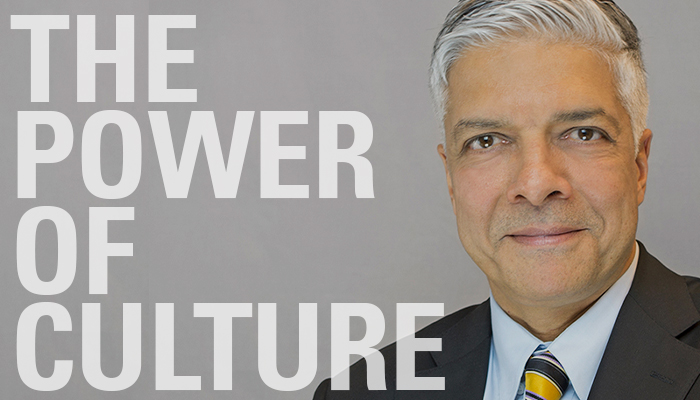 Harvard Business Review has found that leaders seeking to build high-performing organizations are often confounded by culture. That’s not the case at ESD. As Executive Chairman Raj Gupta says, the three core values that create the company’s culture are non-negotiable: respect everyone, work hard and play to win.

“In the long-term, if someone doesn’t fit the culture – even if they’re your best person at execution – I’ve learned the hard way that’s not such a good thing,” said Gupta during the Ditch Digger CEO podcast “Only the Paranoid Survive.” “Respecting everyone – there’s a reason it’s the first thing on our list. If you don’t have that in a service organization like ours, we’re not going to be able to accomplish the things we want to accomplish.” Gupta cited the company’s good record of employee retention as proof of the company’s success with its culture.

The executive chairman noted his embrace of Jack Welch’s famous four Es to evaluate talent. These are people who have energy (“are they proactive?”), energize those around them (“do they have an interest in their subordinates?”), have an edge (“make tough decisions”) and execute (“work around obstacles”).

“Is the person ethical? Can you trust them?” he said.

ESD’s executive chairman discussed a range of topics on the 95-minute podcast, sharing his views on leadership, the toughest times he’s faced in business and the importance of differentiating your company from competitors.