Exposure to POE Oil Can Be Disastrous to HVAC Plastic Piping 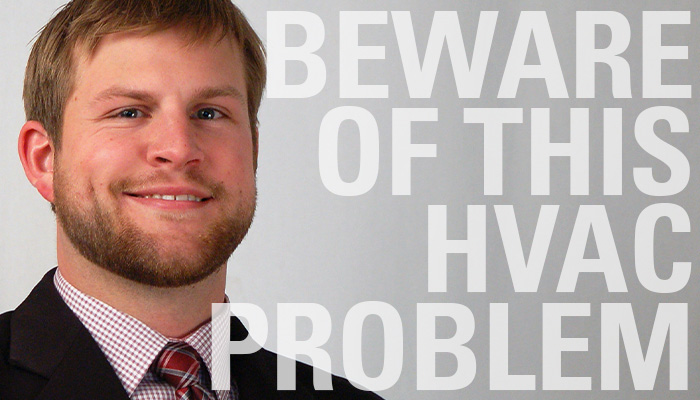 Material compatibility is something all HVAC system designers encounter and must be cognizant of throughout their careers. This analysis can be as specific as selecting the correct casing material for outdoor equipment or as broad as indicating system requirements in a hydronic specification. Regardless of the application, the designer is responsible for providing a system suitable for handling the fluid that it is designed to transport.

Common incompatibilities exist that are second nature to designers (i.e. joining copper and steel without a dielectric separation) while others are more experiential and encountered less frequently. One such example of the latter would be the degradation of plastic pipe when inadvertently exposed to Polyolester (POE) oil.

POE oil is a synthetic oil that is used to lubricate compressors utilized in direct expansion (DX) systems utilizing refrigerants such as R410A. POE oil is added into the R410 refrigerant charge, and it circulates with the refrigerant.

In general, DX pipe systems are extremely robust, utilize copper as the piping material and are commonly joined by brazing. However, there are plenty of opportunities for these systems to fail. Potential causes for these failures include, but are not limited to, factory coil defects, poor joint workmanship, mechanical fitting failure and refrigerant leaks as part of equipment start-up activities. If the closed DX system is compromised by any of the factors previously listed, POE oil can leak into the condensate pan and exit into the indirect waste system. If the indirect waste system is constructed of plastic piping such as PVC and CPVC, it can lead to catastrophic failure as environmental stress cracking (ESC) becomes inevitable.

At a high level, ESC is a failure mechanism that is influenced by two main variables: stress and polymer disentanglement. First, small imperfections on the pipe surface are exposed to the POE oil. These imperfections contribute to ESC in two ways: 1) they serve as entry points for POE oil to enter the material boundary and 2) they act as stress concentrations for cracks to originate from.

Once the POE oil enters a pipe surface imperfection, it begins to infiltrate just a few molecules deep into the pipe structure. There, the chemical interferes with the polymer chains and bonding forces, causing them to begin “sliding” past one another. As the chains slide, the material weakens. This, in conjunction with inherent stresses introduced as part of fabrication or installation (or after installation, i.e. thermal expansion), causes the material to develop cracks which originate at stress concentrations and propagate through the material until it fails.

To avoid the risk of catastrophic failure of an indirect waste pipe system, avoid specifying materials like CPVC, PVC or ABS where there is potential of exposure to POE oil. This recommendation is reinforced by some of the industry leaders in plastic pipe manufacturing. Alternate materials for this system type include but are not limited to copper, polyethylene, polypropylene and cast iron. If piping becomes exposed, or if substituting an alternate material for plastic is not feasible, ensure the piping is readily accessible for replacement. Design engineers should always ensure that material compatibility is considered when specifying pipe systems. If left unchecked, the consequences can be disastrous.

Want to know more? If you would like further assistance in better understanding material compatibility, reach out to Ben.