A Jack of All Trades, Muszanowski to Retire from ESD after 48 Years 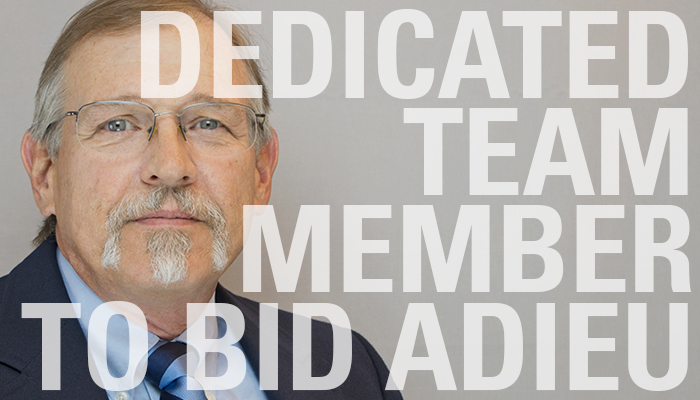 When Mark Muszanowski entered ESD’s Chicago office for his first day as a part-time employee in 1972, drawings were created with pencil and mylar on drafting boards – even for the most advanced skyscrapers.

“I can recall four function calculators and thinking they were interesting new devices,” recalled Muszanowski, a student then who was part of Bowen High School’s ICE program. In those days, REVIT sounded like something a frog would utter.

During the following 48 years (he became full-time in 1973), the mechanical engineer has utilized his design skills across an array of platforms – plumbing, HVAC, aviation, medical and beyond – before winding up his career in the Automation Group.

“It went by in the blink of an eye,” said Muszanowski, whose easygoing nature has always been appreciated by colleagues and clients alike. He is poised to retire on Oct. 30.

His favorite projects involved work at Chicago’s two airports, O’Hare and Midway, during the 1980s and 1990s.

“I was thrilled when I got the opportunity to work at O’Hare Airport with the remodel of the H and K concourses and then the H and K extensions for American Airlines,” he said. “A few years later, I got to redesign the G concourse and penthouses for American.

“When doing the load calculations for Concourse G, we all thought the calcs were wrong. They showed the west side of the terminal peaking in the morning and the east side peaking in the evening. We had solar modeling done and could then see that the very tall glass installed in the middle walkway had created a tremendous solar load on the opposite side of the terminal in the waiting areas, reversing the typical loads. It was very interesting to see the modeling in action and was very exciting to see all of the action behind the walls at an airport.”

Muszanowski’s ability to adapt to different groups and evolving technologies over nearly half a century has been admired by all.

“With each change, Mark was able to seamlessly adapt to the new requirements and support his teammates with technical excellence,” said Randy Ehret, Technical Director | Electrical at ESD.

Several years back, the Healthcare team was challenged as it tried to support some of its larger, more complex hospital projects through construction. Ehret turned to Muszanowski and asked him to become the team’s construction-phase expert.

“Mark was quick to accept the challenge,” Ehret recalled. “He was able to perform most of the field visits; he managed challenging contractors adeptly, and he supported and lead the staff through request for information (RFIs) and submittals. To me, this epitomized Mark’s positive attitude and his desire to help ESD win!”

“Mark’s experience with managing large, complex projects was a perfect fit for that role,” Brown said. “Mark transitioned to the Automation Team and has helped develop and streamline processes for that program. Yet another example of Mark’s ability to adapt and help ESD win!”

ESD President Kurt Karnatz was impressed with Muszanowski from the start.

“I first met Mark in 1979 as an intern and was immediately attracted to his drawing skills,” Karnatz recalled. “We drew all of our work by hand at that time, and Mark stood above all others as a true artist. His drawing skills were admired by everyone in the industry.

“Mark took me under his wing and over the years taught me the art and beauty of mechanical design, for which I am forever grateful. He also took me to the Billy Goat for lunch that first summer, which I will never forget!”

Except for one year at Western Electric, Muszanowski has spent his entire career at ESD. From day one, he has embodied our values: Respect Everyone, Work Hard, Play to Win. We wish him nothing but the best in his well-deserved retirement.