Dykstra Retires after a Sterling Career at ESD 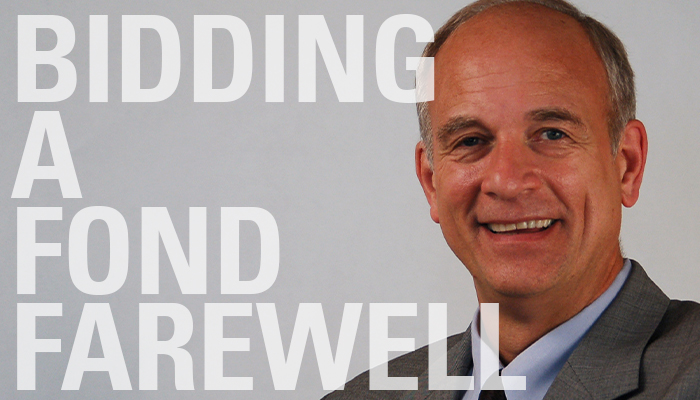 Nearly half a century ago, when compasses, drafting tools and pencils filled the office and personal computer screens were but a dream, Larry Dykstra joined ESD.

Armed with a bachelor’s degree in mechanical engineering from the University of Illinois-Champaign – where his discus-tossing prowess earned him two Big Ten Championships; he was also proficient in the high jump – Dykstra worked at York – a division of Borg Warner – for a number of years after college. He credits the company with providing valuable experience going head to head with clients. ESD was an account he called on, and former executive Bob Ladner persuaded him to join the firm in 1977.

“I was so happy to be able to learn under Hem Gupta. He was an engineer’s engineer,” said Larry about ESD’s founder. “He’d come by and know exactly what you were working on. That was a highlight of my career. I love working with Raj too.”

This week, Larry is retiring from ESD after a career that encompassed two different stints at the firm.

During his first stint at ESD, Larry was involved with two memorable projects: 840 S. Canal Street, a General Electric warehouse that Continental Bank purchased and renovated into a data processing facility, and work at his alma mater U of I, where he was engaged with the Chemical and Life Sciences Laboratory.

“840 S. Canal to me was a remarkable project, especially because I was relatively new at ESD and it was far and away the biggest challenge I had worked on,” Larry said. “It was a state-of-the art computer facility, and Continental Bank wanted it done quickly. They threw everything at us.

“We got the computers up and running before the building was even enclosed. We helped with a heliport so they could get the negotiated securities to O’Hare faster in the days before electronic banking. It taught me what you can do when you really need to do it. I had worked for York selling the chillers for the project, and then I came to ESD and saw the end result.”

In Champaign, Larry worked on the Chemical and Life Sciences Laboratory, which he considered the granddaddy of U of I projects he worked on.

“It was a mega project. They had cold rooms, warm rooms. They had medical gases, heat recovery and miles and miles of cabling. It had to be totally reliable, or someone’s life work would go down the drain.

“The world’s strongest magnet was installed. There was a sign that if you had a pacemaker or any credit cards, don’t go into that area. I didn’t have a pacemaker, but I sure had credit cards!

“The project just had stuff I had never seen before or since. We hated to see the project end.”

In 1999, Larry left ESD to work for Lurie Company as an Operations Manager. It helped him understand what clients want and forged a deeper understanding of construction, maintenance and building facades.

After the Lurie Company dissolved, Larry rejoined ESD in 2005. Notable projects in his second stint include the Wrigley Building redevelopment, Union Station renovations and the Scottish Rite in Bloomingdale.

“He has always been available and eager to guide and instruct staff with his infinite wisdom and multitude of experiences,” Jason said. “Larry has not only been a consummate professional in every way but a great friend as well. We will greatly miss Larry but are excited about the new journey he is embarking on!”

Set to retire this week, Larry has enjoyed working with everyone at ESD, from top to bottom, and he considers everyone a friend. Says he, “Don’t be sad that it is over; just be happy that it happened.”