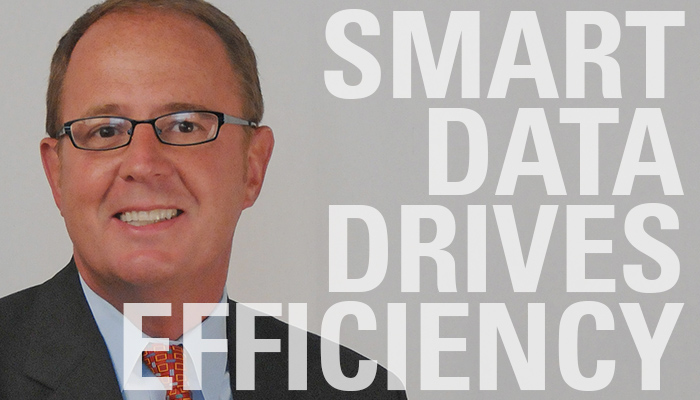 When employees wandered around skyscrapers and other office buildings in the 20th century, there was little sense of how they used the space. But today, intelligent building software provided by cohesion – a company spun off from ESD – collects data which can be marshaled to assess how tenants use space, which can help owners and operators save money through more efficient functioning of buildings.

ESD’s Kurt Karnatz, cohesion’s Thru Shivakumar and The John Buck Company’s Brian Keaty discussed the great opportunities presented by such cutting-edge software during the panel “Building a Smart Building” at the BuiltWorlds Building Conference in Chicago on March 5.

In the past, if a chief executive officer came in his office building on Sunday, a large bill would be generated for turning on heat and lighting across a floor for one person. Today, once that CEO enters a smart building garage, a signal is sent that he or she is coming in and needs heat and lighting for the areas he or she is known to use, making the energy bill much less.

ESD, cohesion and The John Buck Company worked on 151 North Franklin in Chicago together. The systems in the smart building – such as the HVAC and vertical transportation, for example – communicate with one another, a big differentiator from older buildings where the systems function in isolation. Tenants use a mobile app – one that recognizes them even before they enter the building – with self-service tools to control temperature, lighting and more.

Today, the 35-story 151 North Franklin – the sole nominee from the United States in the Intelligent Building category at the 2018 RealComm | IBCon Digie Awards – is 100 percent occupied.

Karnatz pointed out that the software is becoming so important it is now driving what type of equipment should be placed in new buildings.

“That was never part of the discussion five years ago,” he said.

The smart building market is expected to grow to nearly $60 billion by 2025 from only $8.7 billion a few years ago, according to Brandessence Market Research.