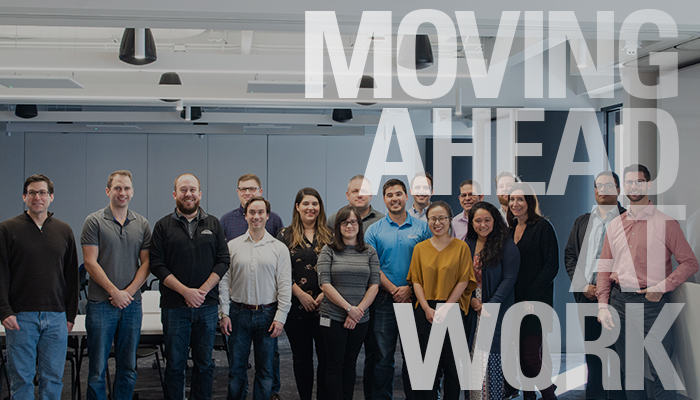 ESD always enjoys promoting from within. This year, 21 employees have moved up at the firm – and three of those employees were promoted to Level 5.

Jose Orta, Studio Leader, has been vital to the success of WPS as a project manager supporting recent high-profile clients such as BMO, LinkedIn and HERE. In addition, he has successfully assisted with the building initiative program as he is an advocate for several buildings within Chicagoland.

Jason Schutz, Studio Leader, has established himself as a key member of WPS as both a lead electrical engineer and project manager since beginning his career at ESD more than 12 years ago. He has impressively established lasting relationships with clients such as Option Care and Allstate, which have assisted ESD’s goal in creating a wider national reach.

Todd Frederick, Technical Authority, has been a pivotal team member within WPS for the last six years, namely supporting and solidifying ESD’s relationship with a large confidential financial services firm. Todd has also been instrumental in the development of electrical forums and performing code study to provide guidance to WPS electrical staff.

Others who were promoted include: