ESD Project Is Cited as a Crain’s Coolest Office 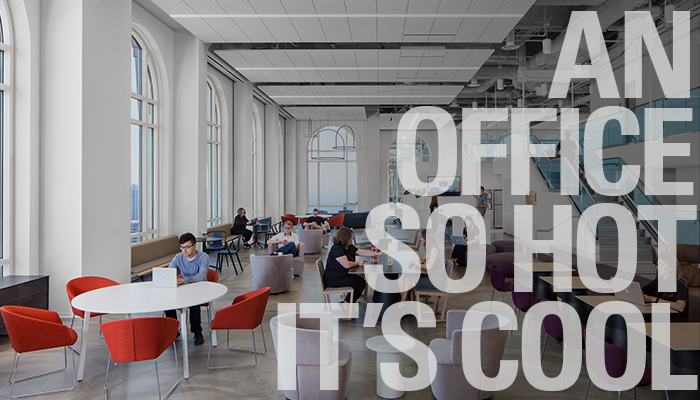 Capital One’s new offices on the 50th and 51st floors at 77 W. Wacker Drive were among the 11 Coolest Offices in Chicago 2018, as judged by Crain’s Chicago Business.

And who helped Capital One achieve that honor? ESD.

Our firm provided mechanical, electrical, plumbing and fire protection services, along with a number of technology services, including audio-visual systems design and security access control for the 40,000-square-foot project. We were also the LEED consultant and helped the office achieve LEED Silver certification.

While Capital One touted the “gorgeous city views from some of the most magnificent, two-story arched windows Chicago has to offer,” it also praised the mezzanine that ESD worked on.

“To maximize on space while retaining an open, ethereal feel, the designers suspended a mezzanine from the ceiling, keeping the space below free from columns,” reported Capital One. “Breakout spaces in all four corners have comfortable midcentury-modern furniture and large, minimalist chandeliers that echo the arched windows.”