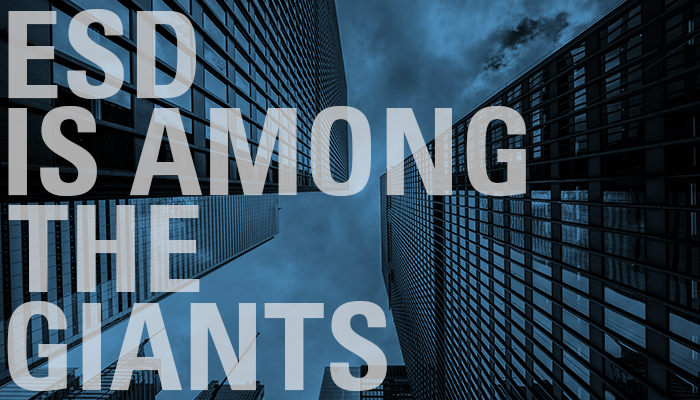 Mechanical, electricity, plumbing and fire-protection work is a mainstay for many engineering firms – including ESD.

Consulting-Specifying Engineer (CSE) magazine recently released its list of 2017 MEP Giants, and ESD is among the top 35 MEP firms in the United States in terms of revenue, generating close to $40 million in the category.

The 2017 MEP Giants brought in approximately $47.7 billion in gross annual revenue during the previous fiscal year, a small increase from 2016. In the MEP category itself, revenue overall increased 3.6 percent.